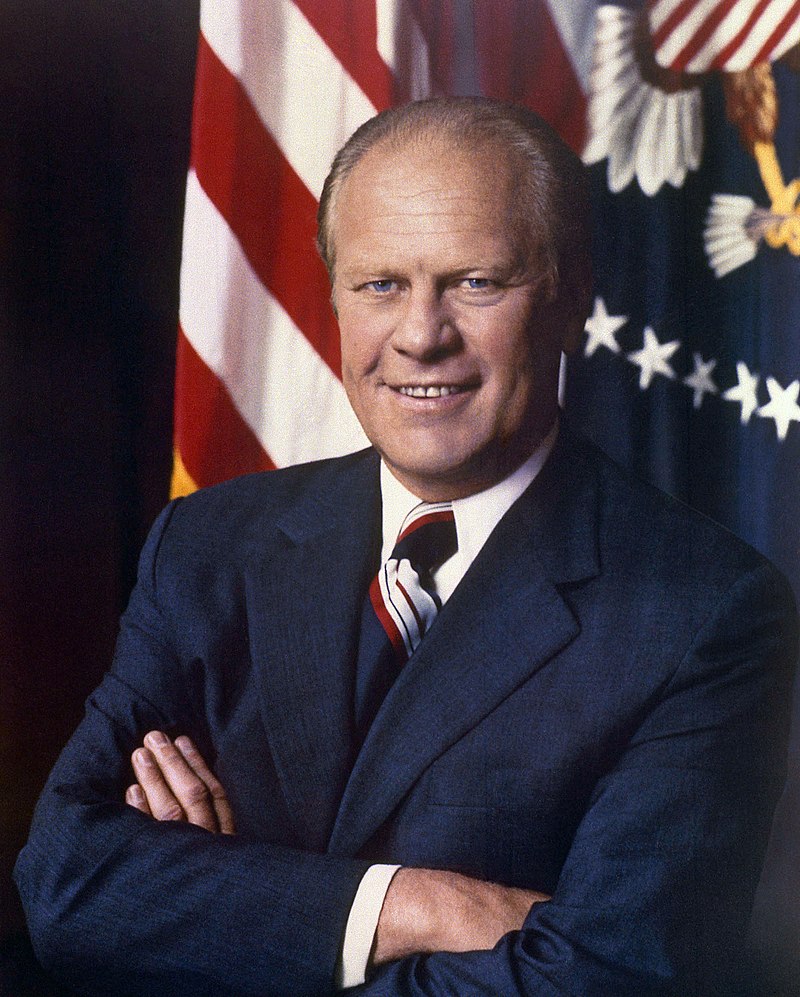 In 1973, RepublicanVice PresidentSpiro Agnew was forced to resign following a controversy over his personal taxes. Under the terms of the 25th Amendment, a vice presidential vacancy is filled when the president nominates a candidate who is confirmed by both houses of Congress. Republican PresidentRichard Nixon thus had the task of selecting a vice president who could receive the majority support of both houses of Congress, which were then controlled by the Democrats.

US vice president confirmation in 1973

President Nixon considered selecting former Texas Governor John Connally, New York Governor Nelson Rockefeller, and California Governor Ronald Reagan.[1] However, Nixon settled on House Minority LeaderGerald Ford of Michigan, a moderate Republican who was popular among the members of Congress (in both parties) and who was good friends with Nixon.[1] Ford won the approval of both houses by huge margins, and was sworn in as the 40th vice president of the United States on December 6, 1973.[1][2] On August 9, 1974, Ford ascended to the presidency after the Watergate scandal led to the resignation of President Nixon.

By a vote of 92 to 3 on November 27, 1973, the Senate confirmed the nomination of Gerald Ford.[3] The following week, on December 6, the House of Representatives gave its approval, 387 to 35.[4] 35 Representatives and three senators voted no. The three senators voting no were, Senators William Hathaway of Maine, Thomas Eagleton of Missouri, and Gaylord Nelson of Wisconsin.